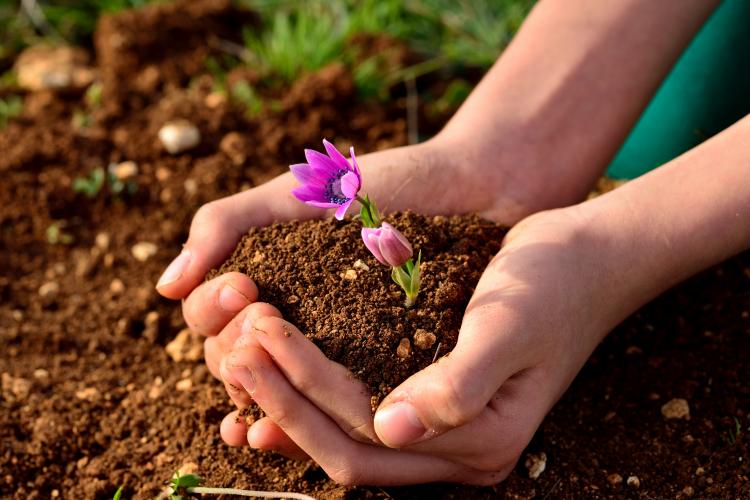 Our earth is the combination of many types of soil. The upper most layer of crust is the formation of various types of soil which is the support strength of our entire planet’s greenery. Before you start digging your garden out of curiosity, read the following types of soil and their major characteristics.

Sandy soil, the Dry one: as the name suggests, sandy soil is particularly grainy and does not hold much water. Vegetation in sandy soil is almost impossible because of lack of nutrients.

Silty, the Moist One: silty soil is basically quite opposite to sandy soil due to its texture. Water retention quality is good, but nutrients cannot be held by this soil. So very few types of vegetation can be grown through this soil.

Clay, the Sticky One: the particles of this type of soil are the smallest and it becomes smooth and sticky once it gets in touch with water. Vegetation growth is rapid in this type of soil due to its water retention capacity and power to nourish the plants.

Peat, the Ancient One: it formed thousands of years ago due to formation of organic matter into soil, after the glaciers melt and drowned the vegetation of a concentrated spot. The water retention capacity is high and hence becomes a good means of growth for plants.

Loam, the Perfect One: Loam is the mixture of clay, silt and sand. All the best qualities of these soils are combined into one. Gardeners love working with this type of soil due to its nourishing and water retention capacity.

Soil testing  is a method which helps us understand the properties of a soil. The formation from weathered rocks, type of rocks it formed from, water retention capacity and nutrient content are basically studied in Soil testing Labs. Soil Testing in Chennai conducts various types of testing which are mentioned in detail below.

Cone Penetration Test: This type of Soil Testing accumulates significant subsurface information from basic tests and can establish vital factors to your motives. The speedy rate of data collection makes thus type of test very popular over other tests. It is accurate and can be relied on which you can reflect on the site which will give you several advantages of observation.

Standard Penetration Testing (SPT): a comparatively simpler alternative to other soil testing methods. This is a cost effective and heavily used method. Fine grained sand particles and silts can measured easily with this method due their dry, coarse texture, but it does not work so effectively when it comes to clay or loam, which has moisture retaining capacity.
Soil testing is an advantageous activity if you want to know about various soil properties and their other qualities. Every testing method has a pro and a con, which you can use to your own discretion.